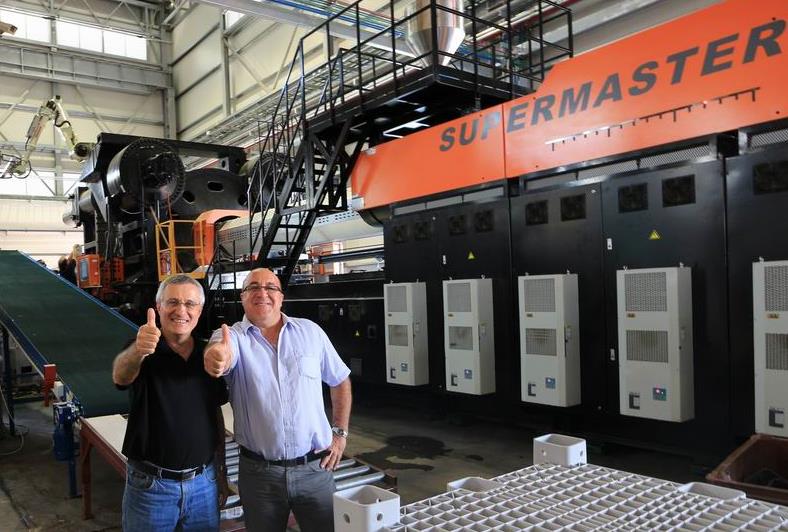 Dolav Plastic Products is an Israeli premium manufacturer of massive crates primarily catering the logistics, agricultural, food and recycling industries in the region.

We have revisited Dolav after 3 years of seamless press operation with no interruptions in 2016. Let’s share our story of Dolav.

Coping with Dolav’s business growth, they encountered a bottleneck in productivity due to the physical limitation of their existing European machines in 2012. To tackle the challenges, Dolav was in favor of investing in a new big two-platen hydraulic injection molding machine. The requirements for the new machine:

Technical teams of Dolav, consists of professionals from hydraulics, mechanics, electric, controlling and production backgrounds, set out all of their specifications and expectations together with the teams from CH. “We want to have the best injection molding machine positioned in Israel, which could show the world that this is the first biggest tonnage IMM ever made in China.” said Mr. Itzhak Mintz, the project director of Dolav. A series of technical meetings and testing conducted throughout the entire production period, comprehensive guidelines and trainings also provided to Dolav from the front-line operator to the production management, which provided an excellent foundation to ensure subsequent daily productions be carried out smoothly and flawlessly.

With respect to the complex core pulling system, Dolav and Chen Hsong jointly developed a controller using Beckhoff hardware featuring with flexible system, user friendly HMI, freely programmable PLC, ability for remote access and real time monitoring which enables Dolav’s management to schedule and configure its productions no matter where, when and what do they want. 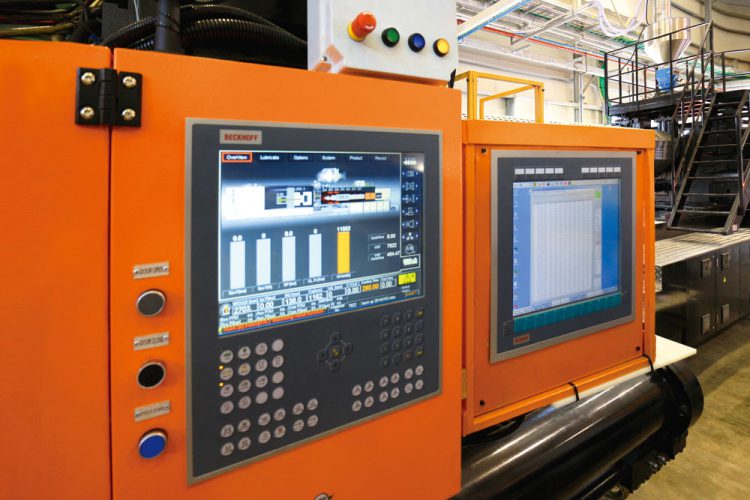 The software is so sophisticatedly designed and the machine motions are so smoothly tuned that requires the just-alright hydraulic outputs and thus effectively reduced the overall cycle time and workload of servo system that achieved the goal of energy saving. 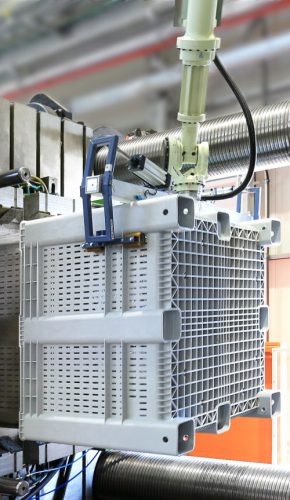 No molders would resist shortening the cycle time by whatever possible means given that product quality is not sacrificed. Dolav and Chen Hsong worked on advancing the tie bar adjustment mechanism which is done by fully hydraulic mean. This tremendously reduced numerous hydraulic and electrical components as compared to other ordinary machines, what’s more, minimizing maintenance work and machine servicing time, which in turns giving extra productivity. With this advancement, the cycle time for producing a massive crates weighted 36.5kg, with a dimension of 1,200 x 1,000 x 740mm and volume of 620L, has been successfully reduced from 310s to be 280s, while cooling time 200s was kept unchanged. This reduction in cycle time provides almost 10% more productivity!

“We are grateful to own the two-platen Chen Hsong machine, which was more productive, no down time and offered better price performance ratio, relative to the European machine makers Dolav specially appreciates Chen Hsong’s willingness and openness to any technical issues we have ever discussed and implemented”,
Mr. Nisim Emesh, CEO of Dolav.

Seeing the investment in Chen Hsong machine is paying off, Dolav is going to expand their business using a few more set Chen Hsong Two-platen machines in their Israeli and overseas facilities.